September 9, 2021 – Rumors of a possible quota solution to the steel dispute between the United States and the European Union has now put the U.S. steel lobby on notice. It is expressing its concerns about EU overcapacities, the high CO2 burden of European steel and is raising the possibility that EU steel could be made from Chinese precursors. Gas prices are rising significantly worldwide. For Europe, by as much as five times compared to 2019. Italian stainless steel producer Acciai Speciali Terni is rumored to be sold as early as September. And on the LME and SHFE, prices for nickel and aluminum continue to rise significantly.

Rumors have been growing for several days that the European Union and the United States could be working on a possible quota solution for the import and export of steel and aluminum. Valdis Dombrovskis, European Commissioner for Trade, had already ruled out such a quota solution a few months ago, but in day-to-day political life such things may well change.

In the United States, rumors that the European Union might consider a solution involving an import quota on EU steel have now drawn the attention of the powerful American steel associations American Iron and Steel Institute (AISI), United Steelworkers and the Steel Manufacturers Association (SMA). In a joint letter, they have expressed their great concern to U.S. President Joe Biden about what a quota solution for steel would mean for the domestic steel industry.

In this regard, they specifically point to the huge European overcapacities in steel production, which according to OECD data would have to be reduced by up to 30 million tons, and to the high CO2 content generated in the production of European steel. According to AISI information, the CO2 emissions of the German steel industry alone (42 million tons of annual production) are 1/3 higher than those of the entire U.S. steel industry (over 80 million tons).

In addition, the associations refer in their letter, among other things, to the EU’s 22 market protection measures against U.S. steel imports. In addition, and here the lobbyists may well be right, the steel exported from the EU could have its origin as a precursor in countries such as China.

No official statement from the EU yet

So far, there seems to be no official statement from the European Union on this matter. Therefore, caution is advised and it remains to be seen what solution will ultimately be on the negotiating table between the European Union and the United States.

Gas prices are rising worldwide. In Europe, they have increased fivefold since 2019, according to the New York Times. The current plans of some left-leaning German parties (such as those of the Green Party) could therefore actually have a massive negative impact on economic development in Germany. If the fanatic figures of CO2 pricing are now joined by the sharp increase in gas prices, then in our eyes this could lead to a stalling of the German and pan-European economic engine. Which is likely to significantly reduce important tax revenues that are urgently needed for the fight against climate change.

Acciai Speciali Terni: Sale before the end of September?

According to media reports, the Italian Minister for Economic Development Giancarlo has stated that it is expected that the sale of the Italian stainless steel producer Acciai Speciali Terni (AST) by the thyssenkrupp Group could be completed before the end of September.

The Italian government remains silent on a possible buyer. However, it stresses that it is aware of AST’s importance as an employer and for the Italian steel industry. At present, Marcegaglia, the Arvedi Group and presumably the Chinese state-owned Baosteel seem to be in the running for AST.

Facts and figures: Aluminum and nickel continue to rise

And what moves you today?

What’s happening in your market right now? What events are driving you? Get in touch with us now. Talk to us. And remember to share the Stainless Espresso with your colleagues and friends, too. Sharing is caring. 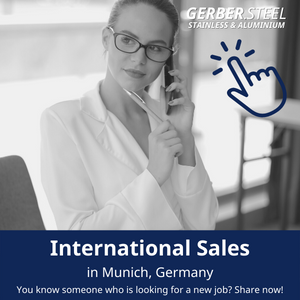 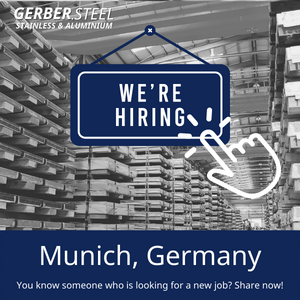