October 8, 2021 – Following the end of the Chinese national holidays, the stainless steel market have rallied strongly. Contrary to all prophecies of doom and constant scaremongering to stir up fears among market participants, the raw material markets picked up again on Friday. Four major Chinese stainless steel producers must cut production by December. And European metal producers association scores an own goal.

Once again, some people are deliberately spreading the fear that steel prices could fall sharply – this is simply no longer comprehensible. We have already explained several times this year how illogical such a conclusion is at present.

The market situation has changed little since the beginning of the year. Steel and stainless steel is in short supply in Western industrialized nations. Added to this are now sharply increased energy costs – European steel producers are already levying energy price surcharges of in some cases more than $57 per ton of steel – and a higher inflation rate. In addition, the U.S. government’s trillion-dollar infrastructure package is still pending, which will likely generate additional steel demand of 50 to 60 million tons – just in the United States.

That there will be isolated corrections within the current cycle is simply normal. Everything else is deliberate fear-mongering on the part of certain players who are predicting a hope for supposedly increasing capacities and an associated drop in prices. Only to then turn the price spiral upwards themselves in January 2022. Don’t let them mislead you anymore.

The Chinese commodity markets are back from the national holidays and have today, Friday, the prophets of doom first taught a better.

According to market sources, four of the largest Chinese stainless steel producers will have to stop production for at least two months due to energy rationing and will not resume operations until early December 2021. Although we do not yet have any information on this from official sources, such a measure is likely to lead to a further increase in global stainless steel prices.

Metal producers organized in the European association Eurometaux have scored an own goal. They have threatened the EU Energy Commissioner Kadri Simson that the association companies could move to non-EU countries if the European Commission does not make concessions to them regarding the high energy prices.

The metal producers have not thought this through to the end

Perhaps they forgot that in the future they would be able to buy cheaper electricity (which is in short supply in many parts of the world and no longer that cheap), but in return they would have to pay anti-dumping duties and CO2 taxes in the form of CBAM, the EU Carbon Border Tax, at the EU’s external borders.

In addition, there would be rising transport costs, the loss of free emission certificates and, in many cases, much tougher competition, which one has so far been spared in the warm arms of European protectionism. Also, one would be exposed to the self-made rejection within the EU institutions over the decades and meet the resistance of one’s own lobby organizations pumped up with millions of euros.

And in addition Eurometaux threatens that the migrating metal producers would then produce even more CO2 in the future. So much for these companies really recognizing the need for a green transformation. We wish you a good trip.

PS: Of course the European Commission will buckle under this threat from the metal producers. It always does. The EC already let the European Steel Association Eurofer write the free emission certificates into law back then. And also have allowed lobbyist to write huge holes into CBAM for dirty produced DRI/HBI and not CO2 neutral hydrogen. 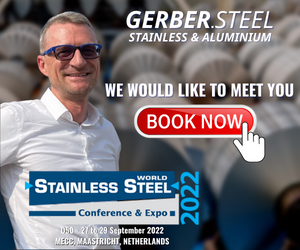