The rating agency Fitch has significantly downgraded 28 Russian raw material suppliers from the energy sector, but also from the steel, aluminium and e.g. nickel industry. According to Fitch, these companies are currently on the credit rating CC “Very high levels of credit risk“.

The battle for scarce nickel, which had briefly led to nickel prices of more than $100,000 per tonne last week, is going into the next round.

While nickel trading remains suspended on the European LME, the Chinese SHFE has resumed trading. The nickel contracts listed on the SHFE had almost levelled out by the end of the trading day and are still at a very high level.

Due to its failed speculations, the nickel and stainless steel giant Tsingshan had to be massively supported and rescued from bankruptcy last week by the Chinese state and its lenders, such as China Construction Bank and J.P. Morgan. For J.P. Morgan alone, it is a matter of possible losses of more than one billion US dollars, as is also heard in market circles, which should thus be prevented.

The call for Tsingshan to divest himself of his so-called “short” positions in the nickel market in order to keep the losses manageable and controllable seems to be bouncing off the company’s founder. He is apparently still convinced that nickel prices will fall.

In view of the Ukraine crisis, ever tougher sanctions against Russia, the downgrading of Norilsk Nickel’s credit rating to CC by Fitch Ratings and the already existing shortage of nickel, a significant drop in nickel prices seems extremely unlikely at present.

An end to the battle for nickel is not yet in sight. 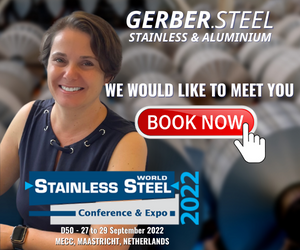