October 13, 2021 – Chinese aluminium capacity continues to decline. In the EU, the first steel producers have to reduce their EAF production due to rising energy costs. Iron ore rises significantly again. Stainless steel prices are expected to rise in October. And in the steel dispute between the EU and the U.S., the gap seems insurmountable.

The most important steel topics on Wednesday

EU Electric Arc Furnace (EAF)-based steelmakers – such as ArcelorMittal Europe and Sidenor Aceros Especiales – are having to cut production due to higher energy prices. Dalian iron ore futures are rallying sharply again despite the Chinese property crisis and reduced domestic steel production, up 50% in the last three weeks. In addition, Chinese stainless steel prices are expected to rise in October, as higher energy costs could push up prices for nickel pig iron, for example, by a good 20%.

After the severe rain storms in Shanxi province, a major aluminium producer with an annual capacity of 1.2 million tonnes had to drastically cut back its production. In addition, aluminium ore reserves are running low after many bauxite mines in the region had to stop mining due to flooding. According to media reports, the plant has 10 days of reserves left before it has to completely stop production, which has already been reduced by 50%.

In view of the further cuts in Chinese primary and secondary aluminium production, the continuing freight problems and the increased domestic demand in China, we see in the EU anti-dumping suspension on flat-rolled aluminium products originating in China only as a placebo with a short duration of effect. This is also indicated by the massive media campaign of the EU aluminium and metal associations.

Time is running out for a solution to the U.S.-EU trade dispute. According to media reports, U.S. Trade Representative Katherine Tai has now proposed to the European Commission higher quotas for EU steel imports into the United States.

Despite intensive negotiations, the gap between the American and European blocs still seems almost unbridgeable. Lobbyists on both sides are also continuously increasing the already immense pressure on the parties to find a solution before 1 December 2021.

What about aluminium? Everyone is always talking about steel!

One point that sources say has not yet been discussed in depth is the mutual tariffs on aluminium products. This could lead to some hectic in the negotiations shortly before the end of October.

The European Union has already made it clear before the start of the negotiations that a solution must be found that conforms to WTO rules. A TRQ solution according to WTO rules may not restrict the import of goods in total quantity, but only introduce higher tariffs above a certain quantity – as the EU Safeguard measure currently includes, in contrast to the U.S. Section 232 tariffs.

This example shows once again that things are often not thought through to the end – unfortunately, we see this regularly in Brussels. 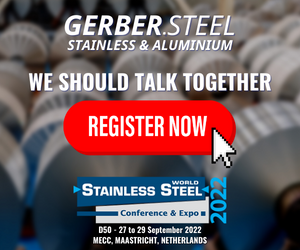