October 26, 2021 – The La Nina weather phenomenon has formed in the Pacific Ocean. According to weather experts, this is leading to colder and longer winters and will put additional pressure on the cost of energy in countries such as China, India, South Korea and Japan in the coming winter months. China produced nearly 600,000 fewer metric tons of stainless steel in September. And ferronickel prices are shooting up to a record high.

China has been struggling with energy shortages for months. As has much of the world. Now, according to weather experts, there is very likely to be another energy guzzler: The weather phenomenon La Nina. According to weather analysts, the phenomenon has already formed in the Pacific. And the first effects of it are already said to be felt in Asia. China, Japan, South Korea and India are particularly affected in the coming months.

La Nina stands for colder and longer winters and thus higher energy consumption, which will additionally weigh on the already increased costs for coal, gas and oil. Local governments have in some cases already begun to build up further stocks of energy sources.

Europe and the United States also likely to feel the effects

The weather phenomenon is thus likely to have an impact on the United States and Europe as well – especially in light of the aforementioned availability of energy sources, specifically natural gas.

Demand for natural gas, in particular, is likely to continue to be of immense importance to the European Union, which depends on it. Global Energy Monitor (GEM) has calculated in a recent report that gas projects with a total investment volume of $379 billion are currently being developed in Asia. With a potential total consumption as high as that of Europe and Russia combined.

Even if it is unlikely that all projects will actually be realized, one thing is clear: Asia wants to rely more on gas and liquefied petroleum gas as energy sources in the future. This could mean very cold winters for the EU in particular.

Stainless steel production in China down in September 2021

Chinese stainless steel production fell by almost 600,000 metric tons (MT) in September. This is due to electricity rationing. Ferrochrome had also seen repeated production declines in the Asian country in recent months due to power shortages. This had recently led to a significant increase in ferrochrome imports. In September, more than 214,000 MT were imported into China. An increase of over 42% from the previous month.

Ferronickel at peak in October

With nickel pig iron currently in short supply, Asian ferronickel prices have also surged, reaching all-time highs in October. Demand from stainless steel mills is particularly high. The high demand has meant that the discounts on ferronickel in place since 2018 have turned into a price premium. The supply-demand situation for nickel is also currently showing a clear overhang in the direction of demand. 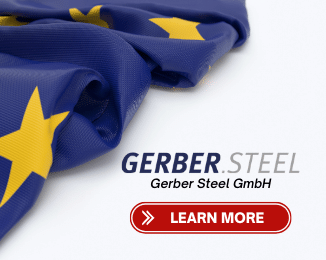 FOCUS EU-US: Settlement of the steel tariff dispute by November 1, 2021?