Stainless Espresso: 40 million tons of steel missing for US industry

40 million tons of steel shortfall in the United States

To serve the nearly 40 million ton shortfall, US steel consumers will have no choice but to import in 2021 and 2022. In all other areas, they will have to struggle to find sufficient supplies until at least the end of 2022.

Steel producers have no interest in increasing production

US steelmakers have also signaled that they have no interest in a major increase in output volumes for 2021 and 2022. The fear of overcapacity is being invoked here, which could lead to a decline in high steel prices and thus to a collapse in profits.

In addition, there is a huge backlog in the production of the steel mills. In the United States, as well as in Europe. In Europe alone, delivery times have already reached the first months of 2022.

Empty warehouses – especially in stainless steel – and lack of availability in many grades and sizes are being reported not only in the United States, but also in Europe.

Some analysts also believe that steel demand on the part of auto manufacturers will not develop as strongly as assumed due to the shortage of semi-conductor chips.

This is a point that we see fundamentally differently than the analysts from Bloomberg or Keybanc Captial Markets.

What if the semi conductor issue is as good as resolved? A development we believe is very likely. Across the board, all automakers have new models planned for 2021/2022 that are already in the pipeline. The car players cannot and will not allow themselves to be deprived of such market launches. We reliably know that exorbitant investments are currently being made in new tools for new models.

Automakers with a massive backlog of vehicles

Add to that a massive backlog at automakers due to high demand for new vehicles in 2021 and extensive government incentive programs for a shift to e-mobility. So we see a significant increase in steel and aluminum consumption in the automotive industry in the near future.

Shortages will become even more extreme when automakers restart production

At the moment, industries in Europe and the United States that are running at full capacity can be glad that automakers are not yet able to produce at full capacity due to the chip shortage. This has allowed large quantities of steel and stainless steel to be diverted to other industries. And anyone who knows what goes on in a steel mill knows that when an automotive company calls off volumes, all production plans are thrown out the window to do so.

Already, European downstream consumers are not managing to produce behind the huge demand. Not just staff shortages, but supply shortages of inputs, such as steel, stainless steel and aluminum, are keeping downstream industries from producing at full capacity. The situation is unlikely to be any better in the United States.

What happens when the infrastructure programs kick in?

All of this doesn’t even take into account the US government and European Union infrastructure programs that are on the way. A weighty point that is likely to have slipped through the analysts’ fingers as well. 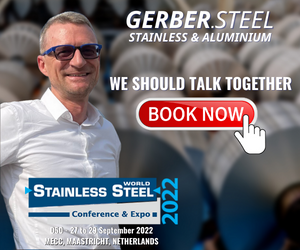